The history of Venice is strongly connected to the thousand-year old history and tradition of its port, source of its wealth and artistic splendour since the 6th Century ad.

The Port of Venice is located at the far end of the Po Valley, right on the coast, not far from the Alpine passages connecting the Mediterranean area with Central Europe. The port is safeguarded from the sea by a narrow strip of land, and it's accessible through the three entries of Lido, Malamocco and Chioggia.

For centuries, the main access used to be the Lido inlet, which would take the vessels through the San Nicolò canal to the S. Elena Island.

From the second half of the 16th Century, all the canals have been suffering from a silting process which led, in 1976, to the dredging of the S. Spirito canal, in order to let the vessels reach the port of Venice (then located in St. Mark's basin) through the Malamocco inlet.

Over the centuries, maritime trades grew and increasingly focused on the Western Mediterranean and the East. The city of Venice became a great port area with its core located in the St. Mark's Basin, facing the Doge's Palace. 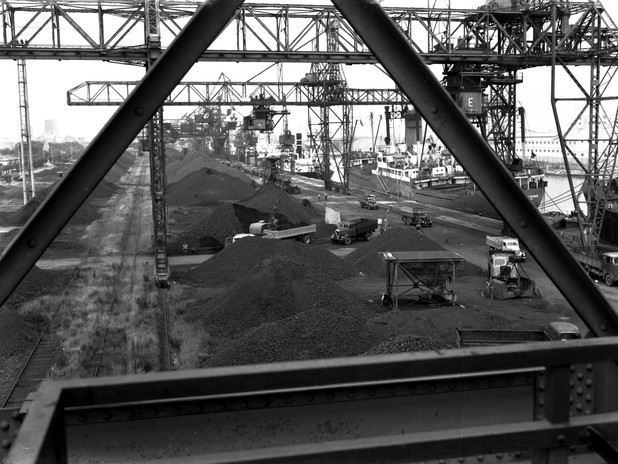 The port of Venice reaching it's actual structure

After the end of the Republic, and over the first half of the 19th Century, the port of Venice had to bear an increasingly difficult situation, due to the shortage of port equipment and the lack of road, rail and waterway interconnections with the hinterland. The Lido inlet was completely or partly silted and the port infrastructures were inadequate. In 1846 a new railway bridge was launched, allowing to link Venice to the mainland. The construction of the new Maritime Station in Santa Marta started in 1869 and finished in 1880, becoming the main core of the new port. The railway bridge completed in 1860 connected the port to the mainland, through the Santa Lucia railway station.

The construction of the Maritime Station and its port infrastructures led to the relocation of the maritime trades, moved from St. Mark's Basin to the western part of Venice. This launched a new economic course for the city of Venice, allowing the end of the long 19th century economic stagnation.

Unfortunately, after only 20 years of life, the Maritime Station became unable to face the vessel traffic, which had increased due to the industrial development in the city centre, most of all in the Giudecca Island.

A new area was then chosen to host new port infrastructures: Porto Marghera, formerly named Bottenighi, located in the mainland.
The construction of a port basin in the mainland defines the final point of a western relocation process of maritime traffic, started with the new railway bridge and the built of the Maritime Station. Porto Marghera was birth in 1917 thanks to an agreement among the State, the Municipality and Giuseppe Volpi's Industrial Port Society.

The development of the commercial port, planned by engineer Coen Cagli in 1917, and of the First Industrial Area, went through several phases. The project promoters saw Porto Marghera both as a final destination for raw materials (making the Maritime Station free from them), and as a brand new industrial centre.

Thanks to Porto Marghera, Venice became a full member of the large-scale national industry. In the 60s, the growth of industrial traffic passing through Porto Marghera required new intervention measures. Due to this industrial growth, the Oil Port of San Leonardo was built in 1966, and was totaly reachable after three years through the new Malamocco-Marghera canal. This brand new access way allowed all tankers to reach Porto San Leonardo and the whole industrial area through the Malamocco inlet, avoiding the passage through St. Mark's basin and the city centre. 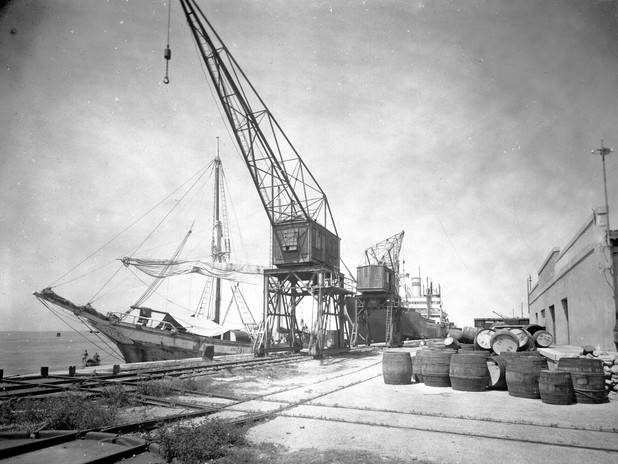