On 11th November 2014 the Dutch engineering firm - which was awarded the international invitation to tender for the optimization of the entire project of the offshore-onshore port of Venice - submitted the outcome of its analysis and simulations to the Port Authority.
With the redesign of the layout by Royal Haskoning DHV, the performances of the entire (offshore and onshore) terminal were successfully optimized, also creating a highly flexible and efficient system in addition to a 25% reduction in investment and operating costs of equipment. The choice to use standard market equipment (cranes and container handling system) allowed costs to be remarkably reduced.
The turning point of the entire system is having created a sort of “continuous conveyor belt”.
The terminal will be able to move approximately 1.04 million containers out of the 5 million TEUs that international experts report that the Northern Adriatic Sea will be able to move by 2030. 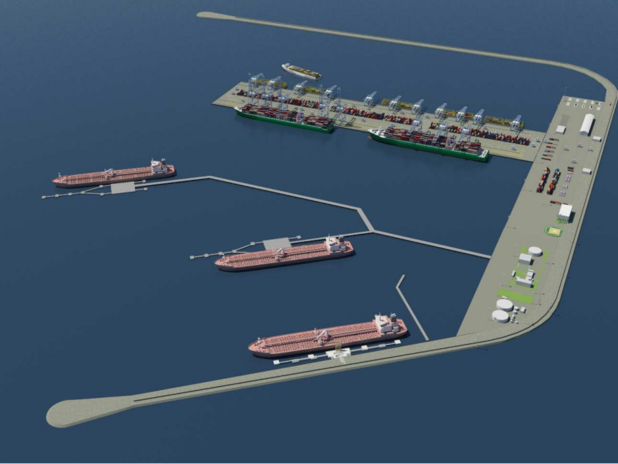