After the meeting at the seat of the Veneto Region with Councillor Caner, the Vietnamese delegation led by the Ambassador Cao Chinh Thien met the President, Paolo Costa, and the engineeers of the Venice Port Authority. The visit concerned port, commercial and environmental topics (lagoon reclamations).
Monday
22
Feb
2016

Venice and Vung Tau represent a fundamental asset for the development of the relationships between the countries and are, for all effects, a bridge built between Central Europe and the ASEAN. Venice is in fact the gate to Central-Eastern Europe, it can minimize transport costs of higher density manufacturing areas in Europe and Vung Tau - hub of Vietnam – is the gate to South-Eastern Asia.

Today three maritime services are operated between North-Eastern Italy and Vietnam by Maersk, Cma-Cgm and MSC which favour the trades within excellent transit times. The interest of Vietnam in North-Eastern Italy however is two-fold, on one hand favouring and increasing trades, on the other hand acquiring know-how. The port of Venice in fact made available its best practice to the Vietnamese partners: the solution of the offshore-onshore (VOOPS) port system which can efficiently link the hinterland with the sea despite the low port sea beds and the ten-year experience in the reclamation of sediments and waters were presented: actual solutions which can respond to the common problems of the two port systems.

The Ambassador and the President have come to the conclusion that since the transport demand comes from the market and trade opportunities between the two Countries, the future commitment will be to increase the economic relations with the support of the Region to enable any potential trade between the companies of the two territories. 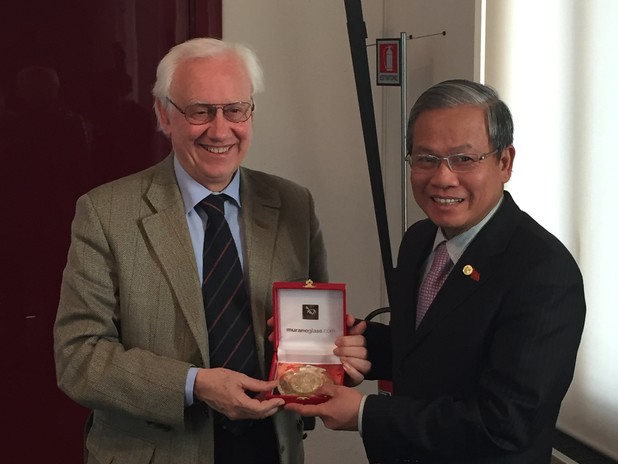 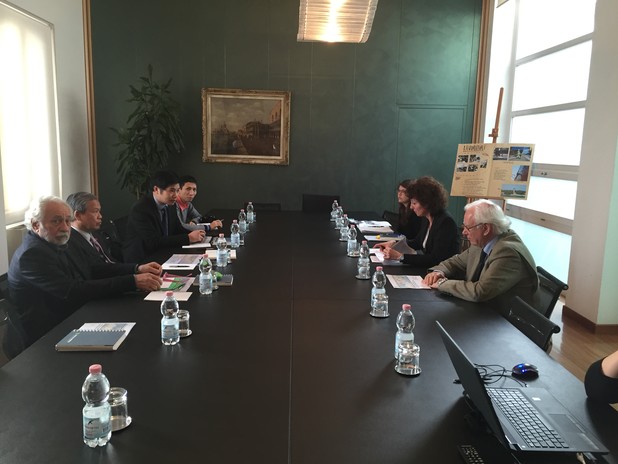 A picture of the institutional meeting