The restoration and conversion of buildings 12 and 13

The regeneration of warehouses 12 and 13 located in Santa Marta in 2007 (and of warehouse 15 in 2010 as the new seat of the Venice Harbourmaster's Office) to turn it into the new seat of the Port Authority were a strong drive to regenerate Venice's waterfront.
The aims that the Port Authority intended to achieve by recovering these two buildings were: 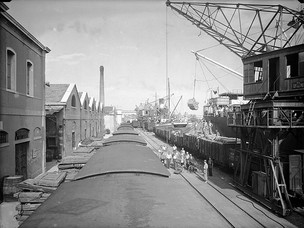 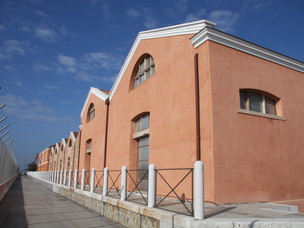 The rationale behind renovation

The most prestigious building on the waterfront was Building 13, because it was located in front of the Giudecca Channel, on the “Ghiaia” quay side, and was then more visible and recognisable by the Venetians and the tourists that crossed the channel, using public or private vessels. The building was earmarked for the top management of the Port Authority considering that the interior would be suitably designed to act as institutional venue.
Building 12 is also located on the waterfront: it was decided that it would host the Port Authority's technical management offices, with different functional requirements.
The renovation works on the different buildings provided an answer to specific needs:

The core of the project lies in this dialectic process, which is in tune with the guidelines of the Superintendence for Heritage and fully respects the prospects of both buildings and main structures.
On the other hand, while the existing volumes and the main specifics were conserved, a specific permit was achieved to include “new flooring to increase the number of floors” in order to convert the buildings and no longer use them as port warehouses. This need has been achieved thanks to the
flexible use of internal spaces that include both airy representational offices and smaller modules to be used as offices.

A public tender was organised for the restoration work, which included the preliminary, final and executive plan to regenerate the area, and which was to include the realisation of offices and facilities for ancillary services in the port facilities numbers 12 and 13 in the Marittima.
The tender saw the participation of 8 offerers (also foreign teams), and the works were entrusted to Veneti Ingegneri Architetti “VENET.I.A.”.
The implementation stage of the works were assigned by public tender to ATI Gherardi Ing. Giancarlo S.p.A. and Dani Costruzioni S.r.l.
Before starting any restoration work, structural and reinforcement surveys were conducted on the foundations, to investigate the archaeological significance of wall that had been uncovered under the floor.
This survey cost in total 6,000;000 Euros and was completed in 4 years between 2004 and 2008. 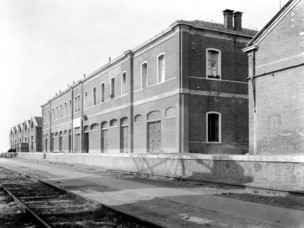 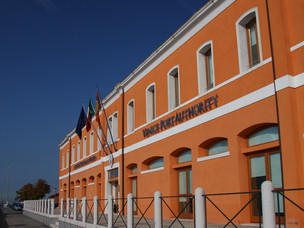