The redevelopment of the venetian waterfront

The Venetian waterfront as an example of symbiotic cohabitation between the port and the city.

Although Venice may be considered a single waterfront, that of the port is the physical space where the city and the harbour come face to face, and it is for this reason – like for most port cities – that it represents a genuine resource and an opportunity for the genuine reappraisal of the city as a whole. When considering the waterfront of the port area located in Santa Marta and San Basilio or a production area (Porto Marghera), it is clear that the most attractive element is provided by the ‘strip’ of its space in direct contact with the water, and this represents an added value compared to other parts of the urban fabric and the surrounding territory. 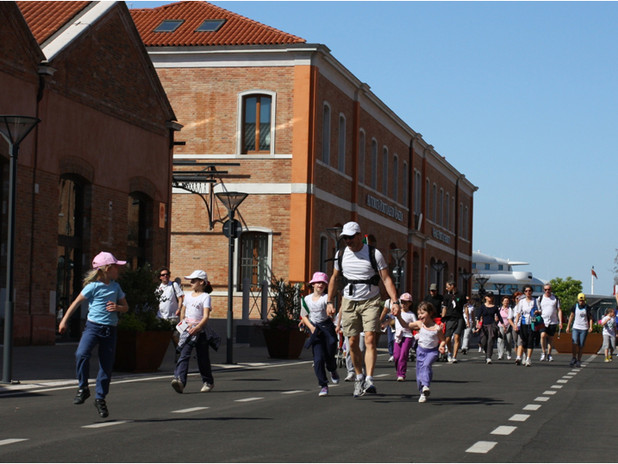 Over time, it has therefore been necessary for the Venice Port Authority to identify new analytical, planning and management strategies for the valorisation of the waterfront of the port areas located in the port Town, turning a largely port/production area (before) and passenger area (afterwards) into a mixed use area, blended with the urban setting. To this end, definitions were made in order to establish operational areas dedicated to core port activities and integrated areas designed to enhance its cohabitation with the other uses and activities of the city itself.
In 2000, the shift to Marghera of port activities concerning cargo traffic which until then had still taken place in the Old Town led to the abandonment of the areas occupied by the old port structures, mainly storage warehouses. From then on, the Port Authority activated a process of urban renovation of the historical heart of the port, knocking down the wall separating the port and the city, pedestrianising the area and restoring buildings which were then destined to new and specific urban/port functions. The process of physically opening up the port waterfront of Venice to the rest of the city (i.e. the areas of San Basilio and Santa Marta) is one of the clearest and most tangible examples of the ‘open port’ policy that the Port Authority have implemented wholeheartedly in order to stimulate ongoing dialogue and confrontation with the local community.
Thanks to an investment of around 17 million Euros by the Venice Port Authority, this area was therefore gradually transformed into the “portside tertiary sector”, hosting both a number of port functions (such as passenger traffic linked to smaller ships, fast ships, riverboats and yachts), the services linked to the port itself (we find many shipping offices here, as well as other agents and port service companies), the two competent institutions for the port (the Port Authority and the Maritime Authority are based respectively in the old warehouses 12 and 13 and warehouse 15), as well as the city universities (with venues of the Venice University Institute of Architecture and the library of the Ca’ Foscari University of Venice). 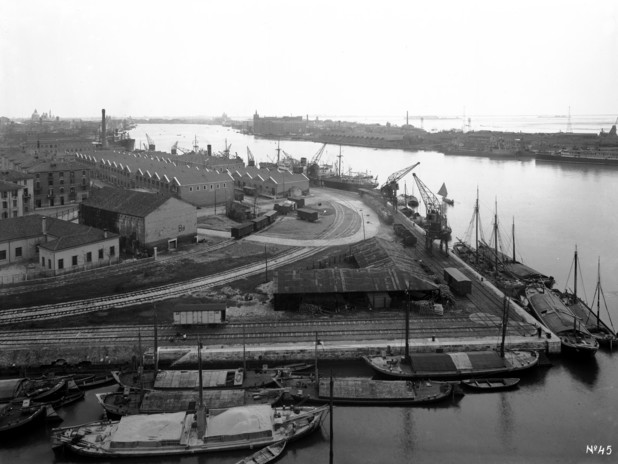 For more informations about the redevelopment of the venetian waterfront