13th October in the port of Venice: “The pros & cons of LNG as marine fuel in the Mediterranean Sea” under the microscope at Poseidon Med II workshop in Venice".
Thursday
13
Oct
2016

The Poseidon Med II partners were joined by Mr. Fernando Impuesto Nogueras (Enagas) for CoreLNG as Hive project and Ms. Eva Perez Garcia (Valencia Port Authority) for GAINN4MOS project, along with Mr. Wojciech Sopinski (DG Move), Mr. Jaroslaw Kotowski (INEA), local stakeholders  from the marine and energy sectors, port authority representatives and ship-owners, in undertaking an analysis of the Strengths, Weaknesses, Opportunities and Threats (SWOT) for LNG, with the aim of developing a common understanding of all aspects of its use as marine fuel of the future for the Mediterranean.

The three major projects co-financed by the European Union’s Connecting Europe Facility -all dealing with the potential of Liquefied Natural Gas (LNG) as a fuel for the future in the Mediterranean- convened at the Venice Port Authority, concurring that there is technology in place that can make LNG both feasible and commercially viable in meeting current and future demands and challenges.

Poseidon Med II project is a practical roadmap which aims to bring about the wide adoption of LNG as a safe, environmentally efficient and viable alternative fuel for shipping and help the East Mediterranean marine transportation propel towards a low-carbon future. The project, which is co-funded by the European Union, involves three countries Greece, Italy and Cyprus, six European ports (Piraeus, Patras, Limassol, Venice, Heraklion, Igoumenitsa) as well as the Revithoussa LNG terminal. The project brings together top experts from the marine, energy and financial sectors to design an integrated LNG value chain and establish a well-functioning and sustainable LNG market. 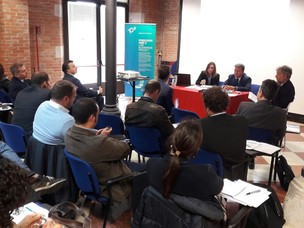 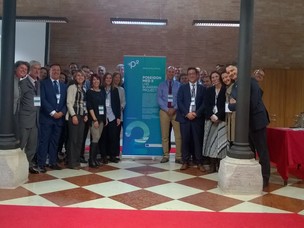 A strategy for LNG development in the port of Venice

Wht LNG is a real perspective for the shipping industry in Greece and SE Europe?