The North Adriatic Sea port system, constituted by Venice and Chioggia, boasts a strategic position at the top of the Adriatic Sea, crossed by 2 European Transport Corridors - the Mediterranean and the Baltic-Adriatic – besides being the MoS terminal of the East Mediterranean Sea connecting Central Europe to Africa and Middle East and representing the river pipe crossing the Po valley allowing sea-river intermodality and balanced transport of cargo on barges.

The Veneto port system counts on its natural multipurpose vocation, as an aspect which is particularly strong and extremely relevant in the Port of Venice; indeed, no branch prevails as a preponderant one in a multifunctional port: on the contrary, different supply chains and sectors are equally balanced.
The Port of Venice in particular operates and relates with different supply chains (agribusiness, steel products, chemical industry, energy) besides commercial and tourism branches encompassing not only the regional but the whole North of Italy area. In addition, the fishing supply chain is also part of the port system, thanks to well-known role played by the Port of Chioggia.

In terms of flows and relations, the Port System impacts on the regional entrepreneurial fabric and in general terms on the entire North East area. 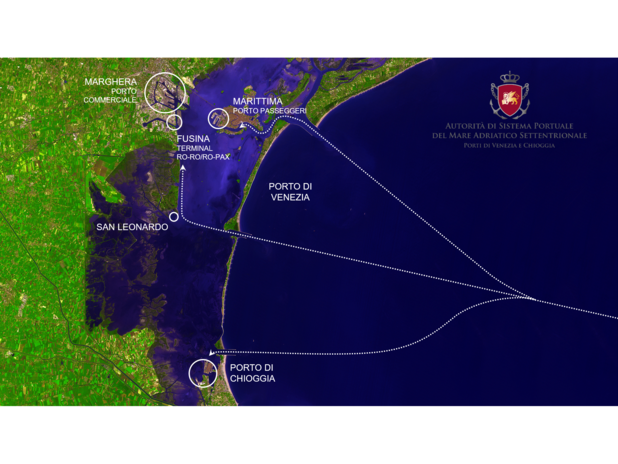