The Port Authority renews its partnership with Venicemarathon

The North Adriatic Sea Port Authority has renewed its partnership with Venicemarathon for the 36th edition of the international running event held on Sunday 23 October in Venice.
AdSP has been institutional and technical partner of the marathon and, through coordination with other bodies and institutions, ensured safe conditions of access to the port waterfront of Santa Marta and San Basilio, which athletes reached in the final part of their race.

For the second year in a row, the Authority has organised the "Trofeo Porti del Veneto", a trophy in the context of the 10km race that starts in San Giuliano and covers the last part of the route, crossing the finish line in Riva Sette Martiri. The trophy is a solidarity race aimed at raising funds for a charitable project. As proposed by the Pilots of the Venetian port community, the funds raised this year – almost 3,000 euros so far -  will go to charity AVAPO Mestre for purchasing a new van to transport cancer patients and their family members.
North Adriatic Sea Port Authority President Fulvio Lino Di Blasio, stated:
"We enthusiastically support the Venicemarathon, a true celebration of sport and inclusion that has the enormous merit of strengthening the link between the Venetian hinterland, the port and the historic city. It is therefore an honour for the port community to collaborate for the success of the event. We want it to be also  an opportunity to support solidarity initiatives in our area and that is the reason why we have organised the Trofeo Porti del Veneto”. 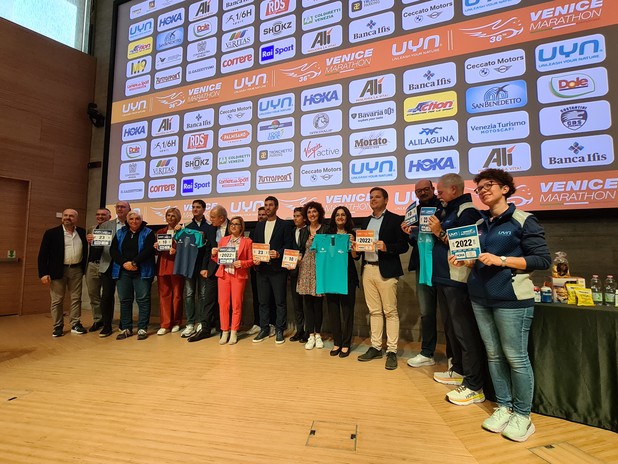 The Port Authority renews its partnership with Venicemarathon