Each year North Adriatic Sea Port Authority promotes a range of initiatives aimed at understanding the needs of its surroundings, and increasing the knowledge of port activities and its benefits to the local community and the venetian citizens.

All the activities aimed at strengthening the relations between the port and the city of Venice are conducted under the North Adriatic Sea Port Authority's “Open Port” initiative. Established over ten years ago, it encourages integration and interaction between port and city, involving a great number of people of all ages, inquiring to gain a better knowledge of the dynamic port reality.

Many of the “Open Port” activities are dedicated to educational institutes. Scholarships of all ages are guided through an educational, informative and entertaining path, focused on sea culture and on the symbiosis of port and city. 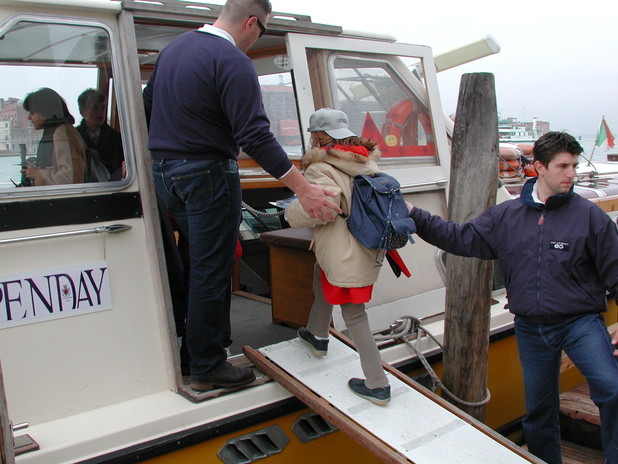 Schoolchildren on a visit to the port

Guided tours to the port

Guided tours to the port are the most successful and appreciated activities of the “Open Port” initiative. Tours are dedicated to students and citizens, in order to show them the port and its operations, and how it contributes to the local economy.
The visitors are taken to visit the port canals and have the opportunity to see  little known Venice areas that aren’t usually accessible. North Adriatic Sea Port Authority staff accompanies them by boat giving them an overview on vessels, goods and port procedures.

The “Open Port” initiative also includes other events organized in the city, such as traditional city fairs that closely involve the local community, water sports events and races that take place in the city. Thanks to the “Open Port” activities, participants have the opportunity to get in touch with the port and lagoon side of Venice, by passing through the Santa Marta, San Basilio and San Giuliano waterfronts, or by visiting the cargo and passenger port, or else by practicing sports in very close contact with the lagoon ecosystem. 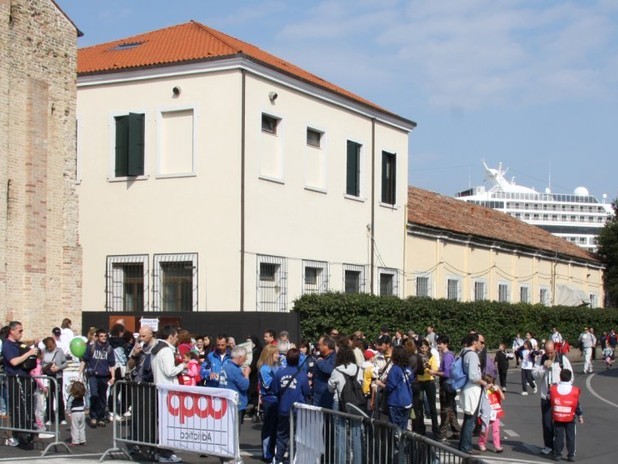 Over the last few years North Adriatic Sea Port Authority has participated in this award, organized by ESPO (European Sea Ports Organization) to promote the projects aimed at the integration of ports with their cities.

In addition to being committed to the social and economic advancement of the port's infrastructures, the North Adriatic Sea Port Authority is well aware of its ethical responsibilities. As a result it ensures the inclusion of social considerations in its decisions and plans, and is especially committed to assuring the welfare of seafarers and port workers.

Local Committee for the Welfare of Seafarers

The North Adriatic Sea Port Authority is a member of the Committee, established in Venice on 18 February 2009, to help co-ordinate Local Authorities and private associations to identify and help solve problems faced by seafarers and port workers, regardless of their nationality, race, sex, religious beliefs, political opinion and social status.

The “National Committee for the Welfare of Seafarers” was founded in Rome on 5 May 2006 to promote the implementation in Italy of the ILO's (International Labour Organisation) Consolidated 2006 Maritime Labour Convention, the first step towards the establishment of a universal code regulating maritime labour issues and the founding of Local Committees for the Welfare of Seafarers.

The crucial role of maritime work

Maritime transport has a crucial role in the world economy: consider that it accounts for 70% of total exchanges between the European Community and the rest of the world. Within this context, people represent the crucial element to ensure quality and efficiency.

The aims of the Local Committee

The Committee's aim is to encourage commitment and promote collaboration between institutions and the volunteer sector, acknowledging the crucial role of associations in ports in welcoming and helping seafarers as they transit through the port.