The North Adriatic Sea Port Authority attending the meeting of the "Port Center" Working Group promoted in Bilbao by the International Association of Port Cities-AIVP which has been studying the port-city relationship for 30 years. The two days debate will focus both on new technologies used to transmit the cultural heritage of the maritime cities and on new tools for sharing and involving the different components of the territory.

The participation of the Port of Venice is linked, on the one hand, to the constant commitment to strengthen and gradually renew the numerous open port initiatives that involve thousands of citizens each year from April to October and, on the other, to the role of Venice as the responsible partner for the methodologies and guidelines to be used for the realization of the Virtual Museums on Adriatic ports that will be realized within the European project REMEMBER.

It is a project co-financed by the Interreg Italy-Croatia cross-border cooperation program which aims to enhance the relevant maritime cultural heritage of 8 Adriatic, Italian and Croatian, ports (Ancona, Venice, Trieste, Ravenna, Fiume, Zara, Dubrovnik, Split) through interventions aimed at “virtualizing” and making the tangible and intangible heritage of each port more accessible to citizens and tourists.

The objective is similar to that of the so-called "Port Centers" (whose approaches and models will be explored in Bilbao): in general, spaces for sharing knowledge and information aimed at filling the lack created by the closure of port areas to not authorized personnel. In the Port Centers scattered around the world it is possible to discover the professions at sea and the logistics of goods, to visit the port virtually, to be fascinated by the stories of those who work in the port every day.

By the way, in Bilbao Venice will have the opportunity to share new solutions and best practices to involve the citizen, considering that it is in this city has been realized the Port Center of last generation (inaugurated in March 2018), conceived as a strategic tool for creating consensus on port activities and decelopment.

“European Ports must be able to connect civil society and citizens with their own maritime tradition and history again” says Pino Musolino, President of the North Adriatic Sea Port Authority" "and this is mostly important for Venice that found – and finds nowadays – foundation and wealth through its commercial maritime relations. Indeed, virtual museums, as well as the Port Centers, are fundamental communication tools and instruments to divulgate positive messages, as to let come to the light how and how much ports contribute to citizens well-being, giving value to the community". 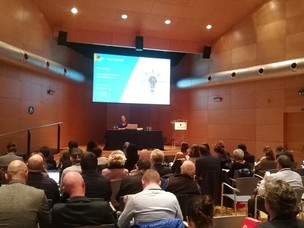 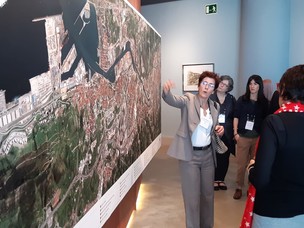