The New Container Terminal is designed to primarily serve Central and European Countries making business with the Far East. 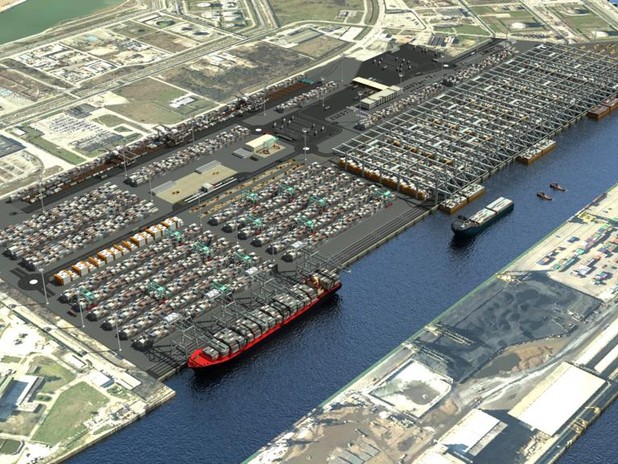 Rendering of the New Container Terminal

The overall increase in container traffic in the Mediterranean is a major opportunity for the Port of Venice to increase its market share in this area.

To further enhance its position in the container traffic, the port will enhance its capacity by erecting a new terminal that will initially will host up to 1,400,000 TEUs yearly.

A new terminal with a distripark

The terminal will be erected in the site of former industrial facilities in Porto Marghera (formerly Syndial and Montefibre). The distripark that will rise at the side of the container terminal will receive goods that will be unloaded from containers and processed before being sent on to final destination.

Traffic volumes in the Port of Venice will increase thanks to the new container terminal that will also act as a catalyst to encourage the reconversion of Porto Marghera.

Some figures for the new container terminal:

Rendering of the New Container Terminal

Advantages of the New Container Terminal

The New Venice Container Terminal will be fully integrated with the freight villages located in the Veneto region and enable the Upper Adriatic port system to act as main gateway for goods exchanged between Central and Eastern Europe and the Far East.