On 15th February the conference "The international cruising industry and the role of Venice in the Mediterranean sea. Prospects of economic and employment development" was held;  the Venice Port Authority also attended.

The purpose of the conference was to combine the energies of all the operators involved in the cruising sector in order to support the development of a sector that has now become strategic for the economic and employment growth of Venice and Veneto.

From an economic point of view, the cruising traffic in Venice – based on the data processed by Ca’ Foscari and by the University of Padua – is worth (direct expenditure) 435 million euros of which approximately 365 million euros (approximately 90% of the total) coming from ships weighing more than 40,000 tonnes. Giving up this traffic would mean losing: 5.4% of local GDP (considering that the GDP of the municipality of Venice can be evaluated at 6.72 billions), and 6,800 jobs (out of a total of 7,600 total units of the sector equal to 6.6% of total employment of the municipality of Venice that today counts 103 thousand units). 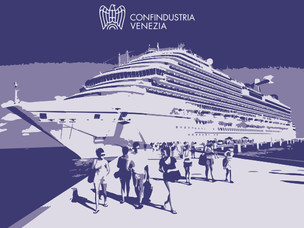 Part of the congress leaflet 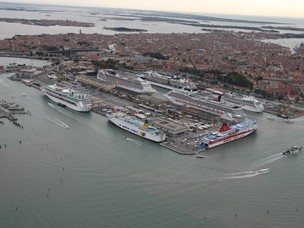 Picture of passengers port in Venice
Read the press release