The Port of Venice boasts a number of advantages and enjoys a strategical position.

This makes it the best choice for freight transit in both import and export.

7 commercial terminals, 1 passenger terminal and 17 other terminals form the Port of Venice. They handle any kind of traffic, from containers, to liquid and solid bulk, steel products, Ro-Ro/Ro-Pax, general and project cargo. The Port of Venice is the only one in Italy having an inland waterways terminal.

Tentro Intermodale Adriatico is a private port terminal within Venice Freight Village, in the heart of Venice-Marghera industrial site. Il is excellently linked to the main roads/motorways, to Venezia-Mestre railway station, and to Venice Airport.

The only terminal company, in the Port of Venice, to have Venetian partners only; moreover, it also strategically participates on the SO.RI.MA. terminal in Chioggia, and it is able to synergically avail of the two ports of call, which operate on the same service quay with diverse and complementary features.

Principal activity: loading/unloading port company, for third parties, of all types of goods in particular iron and steel packaged products and bulk, to other bulk products - cereals, grains, fertilisers, sand etc. parts, to other varied goods and roll-on roll-off traffic.

Terminal Intermodale Venezia represents the ideal meeting point between land and maritime transport for goods and commodities coming from or going to the Mediterranean Ports, Black Sea, Middle and Far East and India, for both conventional and containerized modes of transit.

Following a change in ownership in 2003, TIV commenced a new phase in its development, with the introduction of container operations. 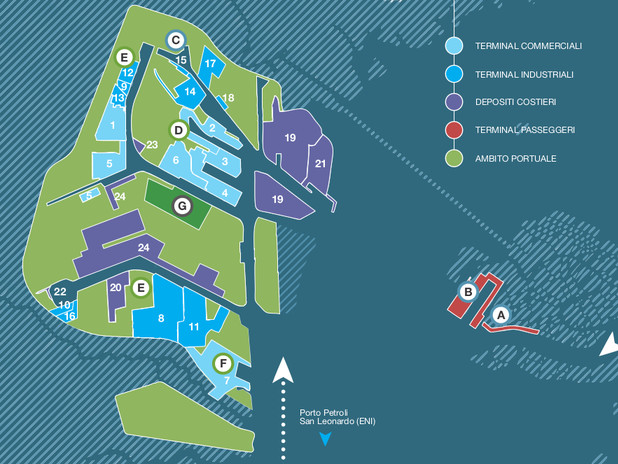 Vecon has been managing the Venice terminal container since 1988 and has been the first private port enterprise authorized to operate in the trading port.

Internationally well-known shareholders with experience in the sector, avant-garde computer systems and qualified personnel have allowed VECON to offer its customers quality service at competitive prices, while guaranteeing marine and land carriers fast loading and unloading times plus the necessary safety and assistance.

The Venice Ro-Port Mos is the most modern Ro-Ro terminal in the Mediterranean. The terminal povides comprehensive logistics services to traffic between Europe and North Africa and the Middle East, including loading, unloading, and storage of cargo in transit. It can handle up to 1,200 ferries a year. 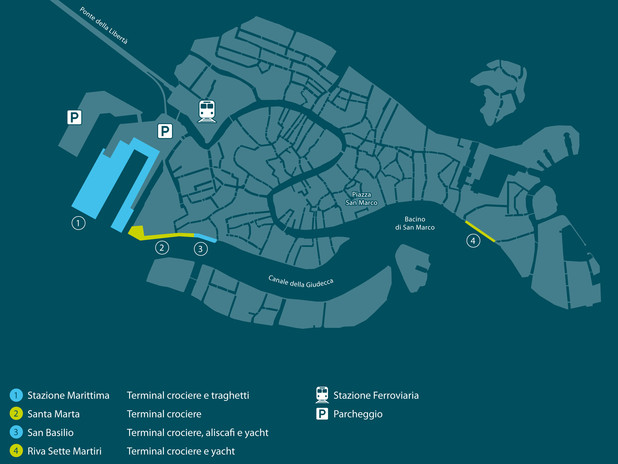