On the 24/08 Rainer Zietlow, Peter Bakanov and Dmitry Makarov, arrived at the Port of Venice after driving 12,575 km from Shanghai to the Port of Venice, on the trails of Marco Polo on the ancient Silk Road from East to West in a new world record time.

They were the fastest on the oldest and most famous commercial route in the World.

On the 25th July, the German driver Mr Rainer Zietlow started from the Port of Venice waterfront to reach Shanghai by car, on a scout tour aimed at setting the world record drive from Shanghai to Venice: he will drive a Volkswagen Tiguan to celebrate the Silk Road.

The official launch of the record will be on 17 August from Shanghai and the arrival in Venice will be expected on 25 August, marking the world record of the journey time by Silk Road.

During the journey the team will meet some institutional delegations of the chinese cities of Suzhou and Shanghai and of the Port of Shanghai.

The initiative is promoted by Volkswagen and supported by the city of Venice and by the North Adriatic Sea Port Authority considering that Venice is the Western Terminal of the SIlk Road. 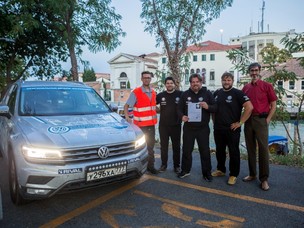 The arrival at the Port of Venice 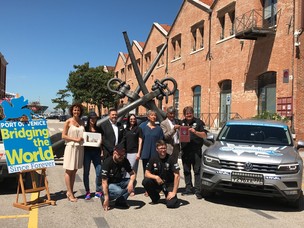 The team with institutions and sponsors 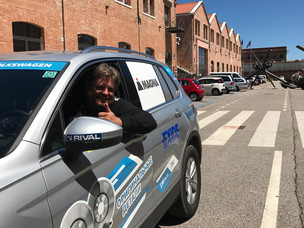 Mr Reiner Zietlof before leaving from the Port of Venice 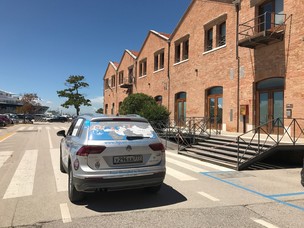 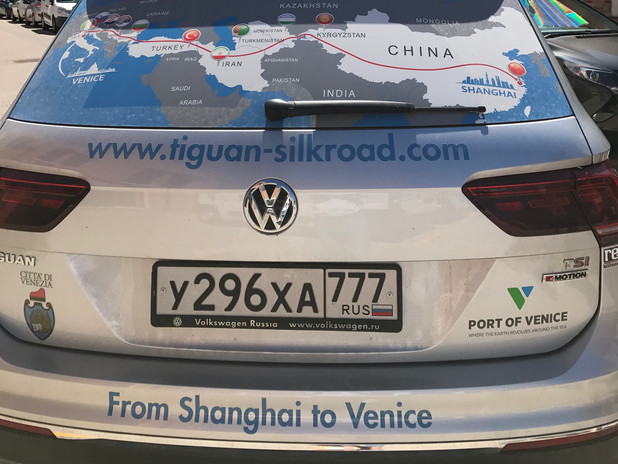