"Molo Sali" is an area on the south side of the North Industrial Canal which the Venice Port Authority reclaimed in 2006 using sheet-piling. It is intended to receive material dredged from the canals that falls into the ‘beyond C’ category according to Table 1 of the "Environmental Safety Criteria for the excavation, transport and re-use of the mud dredged from the canals of Venice" of 7 April 1993. The sheet-piling system underwent the final test and inspection on 30 October 2006 and since 2009 the area has been operated by concessionary company SIFA Soc. Cons. in the framework of the Fusina Integrated Project, as per resolution of Veneto’s regional government DGRV no. 1448 of 22 May 2007. 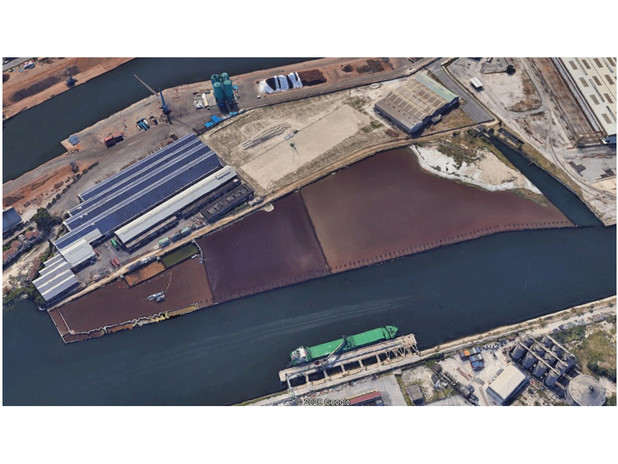 Securing and completion of the "Molo Sali" reclaimed area

The North Adriatic Sea Port Authority is currently planning an intervention to reinforce the current structures so that the reclaimed area can be used as a quay. To that end, Molo Sali must be filled up to a height of +1.50 m above sea level and must be equipped with suitable installations after excavating the North Industrial Canal in front of it. 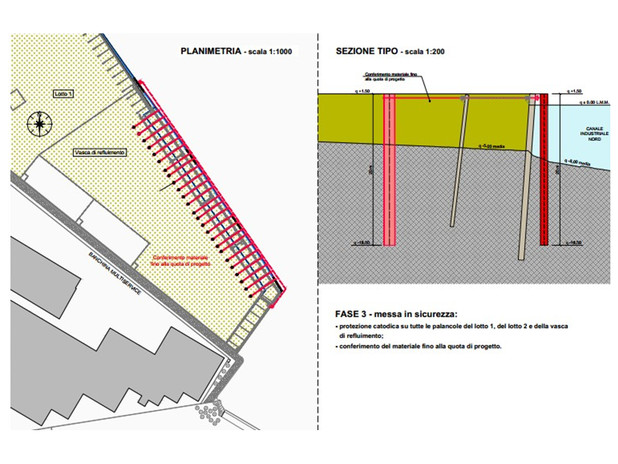 Planimetry and section of the reclaimed area

In addition to creating a new strategically located quay for the freight port, the completion of Molo Sali facilitates the maintenance of ship canals: the material dredged from the canals will be used as backfill in the reclaimed area in an environmentally sustainable manner.
The first tranche of measures to make the area safe will cost € 1,750,000.00, while the completion of the entire project with the construction of a new port quay will require € 17,750,000, of which € 1,750,000 for the first package of activities that has already been funded and is due to start soon.