Promotion: Venice: Central Europe's gateway to the Near East (Vienna)

The Port of Venice presents to the Austrian market its links to Egypt and Syria for the Danube Region.
Wednesday
21
Apr
2010

Vienna, 21st April 2010 – Represented by its Secretary General Franco Sensini, the Port of Venice was hosted by the Italian Chamber of Commerce in Vienna to present the new regular weekly Ro-Pax (cargo and passengers) line launched on 20 May 2010 to connect the ports of Venice, Tartous and Alexandria, ensuring a "transit time" of just 68 hours to Syria and 60 hours to Egypt.

The line brings the Middle East and North Africa even closer to Europe: this express transport service guarantees deliveries from Alexandria to the entire Danube region in just 72 hours. Indeed, speed is of the essence when importing perishable goods, such as fruit and vegetables.

To complete the range of offered services, the Port will open its new Refrigerated Terminal in Marghera. Managed by Venice Green Terminal, a group of logistics companies, the terminal will work 24/7 to manage the storage and packaging of fruit and vegetables directed towards the south of Germany and Austria. 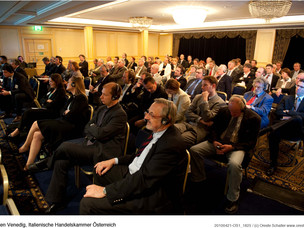 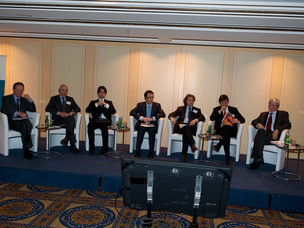