Venice Port Authority participates in the Poseidon Med I Closing Ceremony and Poseidon Med II Opening Ceremony held on Wednesday 17 th February 2016 at the European Parliament in Brussels. Poseidon Med I and Poseidon Med II constitute the Global Project for the adoption of Liquified Natural Gas as a marine fuel in the Eastern Mediterranean region. It’s a crossed border project. Cofinanced by the European Commission, aimed at designing the required LNG supply network and infrastructure.
The project benefits the energy and transport sectors, promoting growth, jobs and competitiveness through targeted investment at European level.

Since 2013, as part of its environmental policy, the Port of Venice has planned a series of activities to promote the use of LNG as an alternative fuel both for maritime and land transport.
Concerning the port area, studies have been commissioned and projects have been initiated with an overall commitment that exceed 80 mln euro, with the aim of converting the Port of Venice to the Adriatic logistic hub for this type of fuel, with very interesting growth and development prospects.
Studies have shown an increasing LNG consumption that will be fully operational in 2030, with an annual volume (tons/year) assumed to be higher for the Port of Venice in comparison to those of other Adriatic ports; in particular, the forecasts of road transport consumption of LNG as an alternative fuel are assessed to exceed the 80% of total consumption, while minor, albeit important, will be the consumption in the maritime field. In fact, in this field, ship owners are still evaluating this solution, although acknowledging that LNG will be the reference fuel for low environmental impact areas (SECAs), for which it is expected the alternative use of expensive traditional fuels with very low sulfur content.
The Port of Venice, acting as Master Plan Coordinator of the Northern Adriatic for the development of port infrastructure for LNG and other alternative energy sources in the eastern Mediterranean as part of the Poseidon Med project, has achieved tangible results as to identify technologies and areas development of infrastructure (e.g. terminal, road and maritime refueling points) for further business activities.
Now, with Poseidon Med 2 project, the European Union has granted the co-funding of € 9.8 million to the Port of Venice and Rimorchiatori Riuniti Panfido for the construction of the first prototype of Mama Vessel, the innovative semi-sinking ships designed by BMT Titron (England) that will connect the offshore port to onshore terminals (Marghera, Chioggia, Porto Levante and Mantova).
The European contribution will cover the executive planning and the vessel prototype construction (the so-called "Mama Vessel" or, technically, "Semi Submergible Barge Transporter") that is characterized by an highly innovative nature. This nautical means has been designed with particular attention to eco-friendly aspects care, which led us to define a low wave generation hull and a dual-fuel LNG-diesel propulsion system to guarantee low emission levels of CO2 and energy savings, in line with the latest recommendations and EU directives and with a lagoon environment compatible 4.4mt draft.
The final planning is expected for December 2016 and the first vessel construction in June 2018 (end of trial: December 2018).
Through its granted contribution, the European Union recognizes and supports the technological heart of the Port of Venice offshore platform project, launching an unique innovation that will be the cornerstone for the sustainability of the entire Offshore-Onshore Port System. 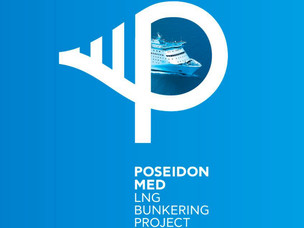 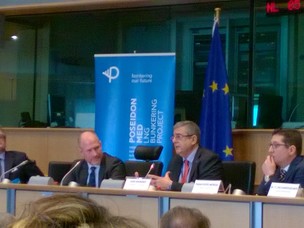 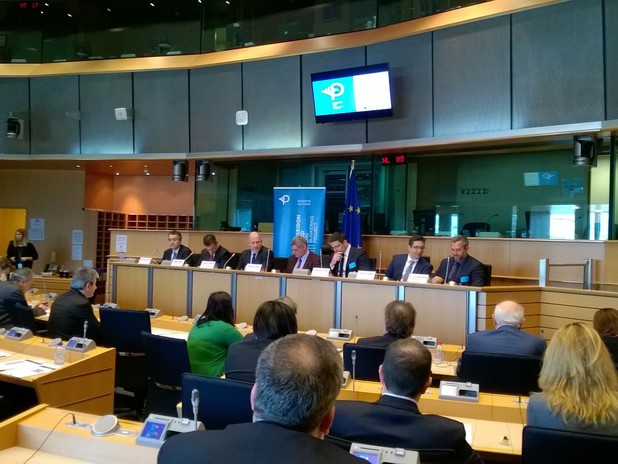