The Port of Venice boasts a number of advantages and enjoys a strategical position.

This makes it the best choice for freight transit in both import and export.

The North Adriatic Sea Port Authority supports the growth of the ports of Venice and Chioggia also in the passenger sector.

Since the architectural, cultural, natural and landscape heritage of the Venice Lagoon is attracting visitors from all over the world, the passenger  traffic  is at the core of the Port Authority's growth strategies.
In this unique cultural and environmental context, the North Adriatic Sea Port Authority is in the process of developing a sustainable model for the cruise business which complies with the medium- and long-term measures indicated in the recent national regulations that have reshaped the Venetian cruise industry.

Italy’s Law Decree No. 103 of 20 July 2021, converted into Law No. 125 of 16 September 2021, laid down that, as of 1 August 2021, the transit through the Bacino di San Marco, Canale di San Marco and Canale della Giudecca - now considered “listed heritage” waterways -  is forbidden for ships having at least one of the following characteristics:

The Marittima cruise terminal remains operational  and will welcome all cruise ships to which the aforementioned transit ban does not apply.
Under Law Decree No. 103 the North Adriatic Sea Port Authority President was appointed as the Government’s Extraordinary Commissioner tasked with facilitating the transition to the new business model through a number of measures, including:  the construction of temporary moorings in Porto Marghera (up to five moorings by 2026); the maintenance of the existing canals, with interventions to improve nautical accessibility and navigation safety; the promotion of hydrogeological, geomorphological and archaeological studies aimed at safeguarding Venice and its Lagoon.
To date, the Liguria and Lombardia docks in the Tiv and Vecon terminals have been upgraded and the conditions for a “dual use” of the Fusina ro-ro terminal have been created.
More recently, Legislative Decree no. 68 of 16 June 2022 gave the Extraordinary Commissioner authority  over the port of Chioggia, envisaging the possibility of creating a further mooring facility there.
This initial set of new moorings was completed and made available to cruise ships during the 2022 cruise season.
Tasks ahead include a feasibility study to open a new maritime station on the north side of Canale Nord, and preparatory studies to improve accessibility to the Marghera and Marittima terminals.

While ships are evolving, the Veneto port system is determined to maintain its leadership in the passenger sector as a home port for cruises, reconciling the needs of the cruise industry with the imperative to preserve the uniqueness and excellence of the lagoon’s cultural, landscape and environmental heritage. To address new emerging needs, in accordance with Law Decree no. 45 of 1 April 2021 converted into Law no. 75 of 17 April 2021, the North Adriatic Sea Port Authority has launched a call for an "ideas competition" aimed at collecting technical and economic feasibility proposals and projects for the construction and management of mooring facilities for cruise and container ships off the protected waters of the Venice Lagoon.
The two ports of call of Venice and Chioggia offer tailor-made infrastructures and services which cater to the needs of different types of users, such as cruises, river cruises, ferries, hydrofoils and yachts. 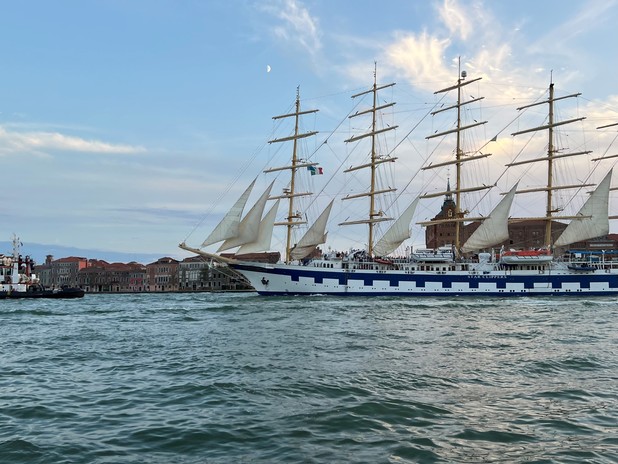 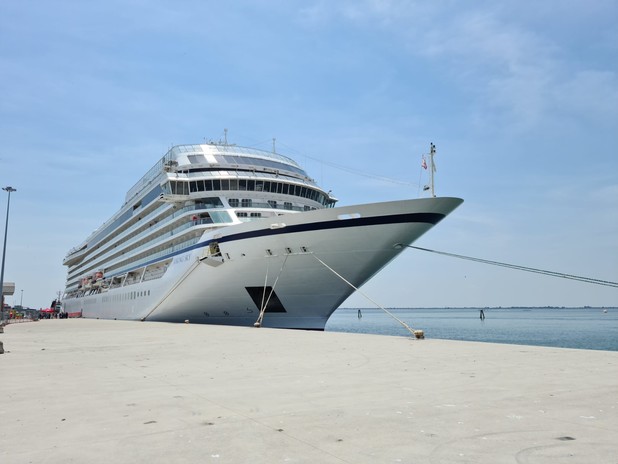