The port's waterfront at Santa Marta and San Basilio are made available to the city for the 32nd edition of Su e Zo per i Ponti.
Sunday
18
Apr
2010

For the second year running, the Venice Port Authority sponsors and funds the “Su e Zo per i Ponti” race as part of the 2010 Open Port initiatives aimed at opening up the city's waterfront to encourage the city to get to know the port.

“Su e Zo per i Ponti” is a non-competitive race located in the city of Venice. At its 32nd edition, the event has become a tradition not only for the Venetian residents but also for running aficionados who live both near and far away.

The Port Authority and Associazione TGS Eurogroup (the original organiser and coordinator of the initiative) have teamed up to allow participants (more than 10,000 people including adults, children, families, school teams and tourists) to run through the port areas of Santa Marta and San Basilio.

Here, the Port of Venice organises a refreshments stand for runners to take a break in the evocative backdrop of the former church of Santa Marta, now converted into “Spazio Porto”, a convention and training centre. The facility (that has been awarded prizes at European level) is an example of how ancient waterfront buildings can be refurbished and made available to the city. 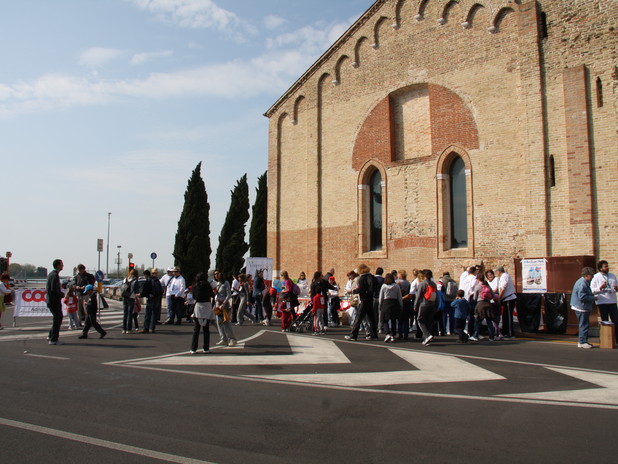 Su e Zo per i Ponti