As part of the infrastructural and structural upgrading of the port quaysides in Porto Marghera, a quayside was built on the west bank of the West Industrial Canal in the Cereal Docks and Grandi Molini Italiani areas, two leading industrial terminals for Italy’s agribusiness sector. 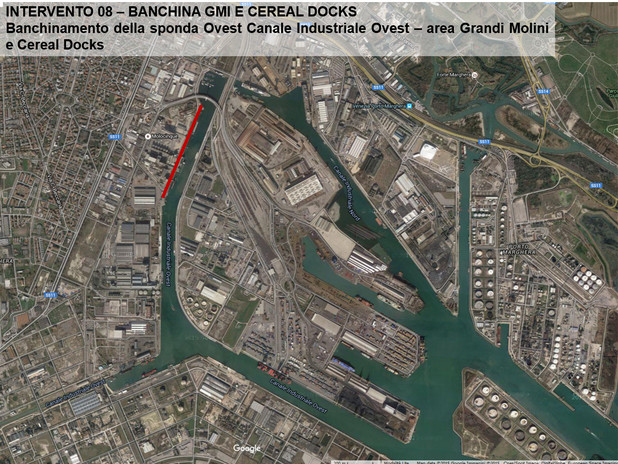 The intervention completed a previous project started and partially carried out by the former Venice Water Authority (Magistrato alle Acque - now called Interregional Superintendency for Public Works in Veneto, Trentino Alto Adige and Friuli Venezia Giulia) whose aim was to make the banks of Porto Marghera’s canals environmentally safe: the 700 m long quay was equipped with infrastructures for the loading and unloading of ships and the canal in front of it was excavated to a depth of 10.50 metres.

Along the entire quay a sheet piling system was driven 22 meters down into the earth: it has a useful distributed overload of 3 t/sqm and can act as a barrier against the spread of soil contaminants into the lagoon. Three quay cranes were installed on specially built tracks.
A quayside was built on the west bank of the West Industrial Canal in the Grandi Molini area.
The project included also the installation of a plant to collect, treat and dispose of rainwater and of a system to drain groundwater. 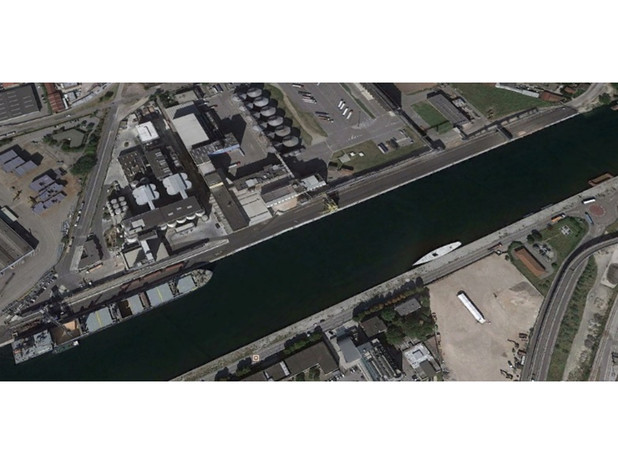 The entire project was designed and carried out in close collaboration with the terminal operators with the ultimate goal of boosting the agri-food sector by improving the logistics and distribution of materials and products and increasing port traffic flows.