On the 11th of December the handover of the NAPA Presidency (North Adriatic Ports Association) took place from the Port of Trieste to the Port of Venice. The Association also includes the Port of Ravenna, the Slovenian port of Koper and the Croatian port of Rijeka.

For the next six months, Venice will therefore coordinate all the activities with a special focus on international relations and lobbying initiatives to be carried out at European level.

In this regard, the President of the North Adriatic Port Authority, Pino Musolino said: "The 5 ports of the Upper Adriatic handle over 100 million tons of goods. We must be able to assert our relevance in the European context, with a view to the imminent revision of the Trans-European TEN-T Transport networks and in the consequent allocation of the resources required by the CEF2 directive. The collaboration has to be relaunched on the basis of the complementarity of each of the five ports, provinding the system with the logistical and infrastructural tools to be demanded in Brussels. The essential corridors of the TEN-T network but also the revision of the Motorways of the Sea, a fundamental theme for the development of intra-Mediterranean traffic, must see us at the forefront of the European debate ". 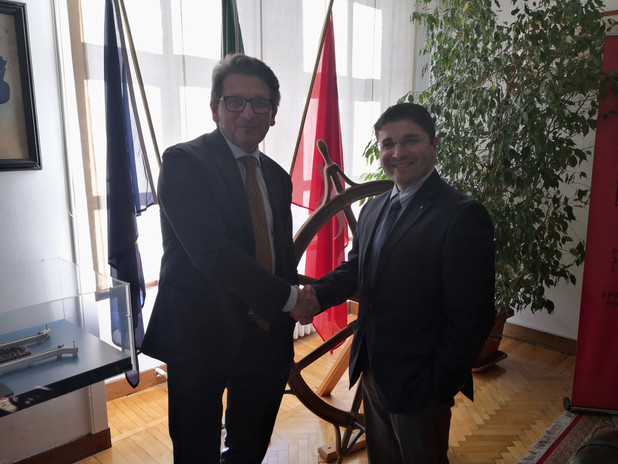