The  parcel  in  excess  (Weight  1,350  Tonnes  -  Height  19  metres)  is  an  important  part  of  a methanol plant under construction in Southern Iran of which Simic, an international company
with  its  operational  headquarters  in  Marghera,  specializing  in  the  design  and  manufacturing  of critical process equipment and in the assembly and maintenance of industrial plants, has produced the critical equipment.

The operation has involved multiple terminals and operators of the port of Venice.
The  transfer  of  the  boiler  from  the  Simic  headquarters  to  the  CIA,  Transped  and  finally  TRV terminals with destination Iran, started last 23 December, even if the works to prepare the ship for loading had already been commenced on 15 December.

All the services operated by company CTS Trasporti - one of the state-of-the-art companies of the
exceptional transport, lifting and industrial handling services sector, and has gone through various
stages,  including  very  challenging  stages. For the boiler  loading procedures CTS Trasporti  has obtained a RINA certification, studying an ad hoc loading, which did not just require the use of highly  innovative  technologies, but also the exploitation of favourable tides (55 cm of tide correspond to ca. 960 tonnes of weight) and the use of specialized vehicles. "Not just the handling of the lot in excess, but also the loading - that was performed horizontally - and  the  maintenance of the ship's trim and balance were the most difficult part of the entire operation" explains Paolo Zangrando, of CTS Trasporti. In CIA then they started the operations of preparation of the ship's trim and the loading of the lot in excess on ship HENG TONG (a Ro-Ro with special characteristics for the project cargo load) that had already landed at the Port of Venice in 2014 for the transport of giant equipment weighing more than 1,000 Tonnes, again built by Simic at its operational headquarters of Marghera. "It was very important to foster teamwork between all the involved parties to load the lot in excess in due time and in the agreed manner" explains Tommaso Sitran of Medimar srl, the shipping agency that has dealt with the procedures linked to ship support from its arrival in Venice to its departure to Iran. 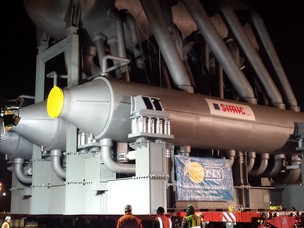 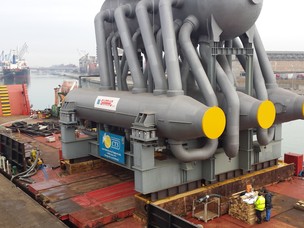 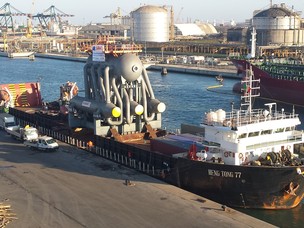