The future of Porto Marghera is not a bet but a challenge to be taken and won; because in Porto Marghera there’s an infrastructural, professional and human wealth waiting to be appreciated and make its comeback as a contributor to the development of Venice, Veneto and Italy.

This is the main them that the Venice Port Authority discussed on 23 September in Ca’ Giustinian from 10am during the full-day conference titled Renovation and requalification of large industrial and coastal areas, organized as part of the Special Project of Biennale Architecture 2016, Reporting from Marghera and Other Waterfronts.

Experts that are directly involved in the most interesting and innovative urban regeneration projects of large abandoned industrial–port areas, on display at the Pavilion of Forte Marghera, described their experiences and will also become a useful reference for the Italian cases, namely Bagnoli and Porto Marghera.

The morning debate was held during a round table chaired by Maria Buhigas, Founder of  Urban-Facts, former Director of the Department of Urban Strategy of Barcelona, while the two afternoon sessions were chaired by Ricky Burdett, Director of LSE Cities and Urban Age.

The focus of the morning debate was “Marghera: Back to the Future”, to examine the topic of the manufacturing relocation as new key to re-launch one of the largest industrial-port-logistic areas of Europe, thanks to the proximity of businesses to the sea, the port, hence to all the global markets. 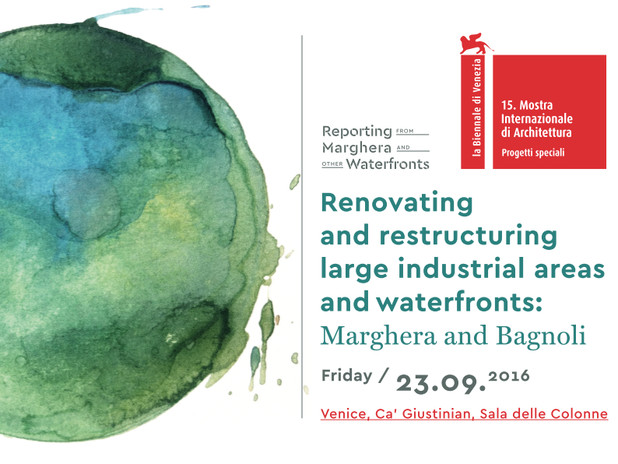 Why Porto Marghera is worthed? An investigation by Prof. Micelli