On 5th and 6th June the Annual Meeting of FETSA (Federation of European Tank Storage associations) was held in Mestre, followed by the Conference "Tank Storage in a Changing Environment".
The Venice Port Authority attended the event, speaking in the session entitled “Changing Environment”, giving its input on the theme of the evolution of Porto Marghera. 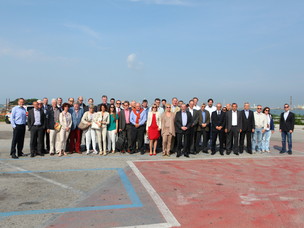 Partecipants of the Annual General Meeting 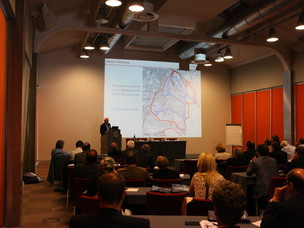 The event gathered participants from coastal warehouses coming from all over Europe and of guests coming from other sectors, in addition to representatives of the European Commission.
The latter were also taken on a tour of the commercial port of Marghera and the passenger terminal of Venice, where they learned more about topics of their interest, in addition to discussing development projects of the Port of Venice together with the experts of the Port Authority.