The North Adriatic Sea Port Authority is in charge of maintaining the state-owned canals under its jurisdiction: it must ensure that canals are deep enough for the safe navigation of cargo ships bound for the freight port in Marghera, cruise ships bound for the Marittima passenger terminal in Venice and ships bound for the port of Chioggia. The maintenance of canals to Chioggia is the responsibility of AdSPMAS ever since its establishment (Legislative Decree D.Lgs.169 of 4 August 2016 followed by Ministerial Decree no. 64 of 7 March 2017). 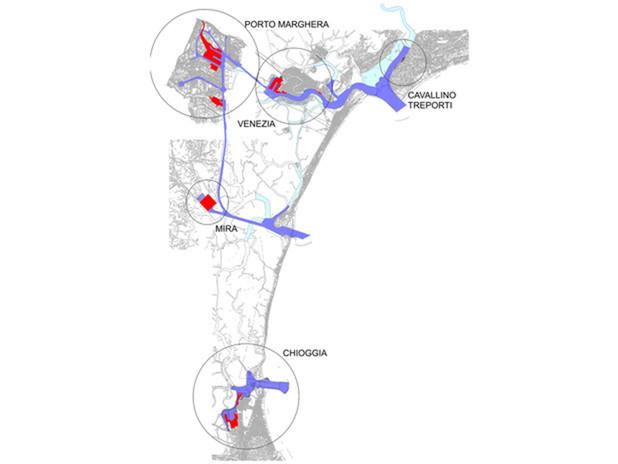 State-owned ship canals under the jurisdiction of AdSPMAS

A framework agreement is in place for the execution of maintenance work in the main ship canals of the ports, including the selective dredging of sediments and their transfer to sandbanks or other reclaimed areas by causing them to flow through an especially created ditch. The total cost of the operation is € 5,500,000.00, plus € 9,400,000 for the transfer of sediments. These works must comply with the provisions of the 1993 Memorandum of Understanding for the Venice Lagoon as later amended and supplemented by relevant national regulations.