In 2019, NASPA developed its energy plan according to the guidelines provided by the Italian Ministry for Environment and the Ministry for Infrastructures and Transports. The document assess the present situation, provides carbon footprint based considerations, and, according with NASPA programmatic and steering documents, sets CO2 reduction objectives. The plan is foreseen to be revised and updated in 2020, and represents the last energy plan developed, after a series of previous documents for enhancing energy efficiency in the Port of Venice.

Examples of previous projects and documents developed are:
2019 – EU SUPAIR Project. NASPA, involving port stakeholders, developed an Action Plan defining several measures and actions to improve energy efficiency in the Port of Venice to finally tackle CO2 emissions.
2018 – EU Talknet Project. Port of Venice carried out analysis for energy efficiency solutions to be used for further and consequent activities.
2016 – Port of Venice developed a plan for lightening control in the areas of Venice and Marghera, which is under implementation;
2014 – EU GreenBerth for the development of an Energy plan design;
2009 – Venice Port energy plan.

According to previous studies and plans, NASPA in August 2015 realized a LED system supported by solar panels along 15 km of one of the main port canals, i.e. the Malamocco-Marghera Canal; and already in 2010 adopted a LED technology system in the passengers’ terminal, saving 70% of energy in comparison to traditional light emitting systems. 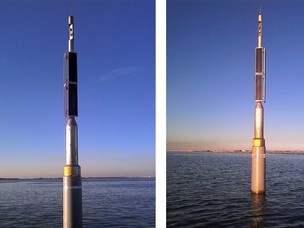 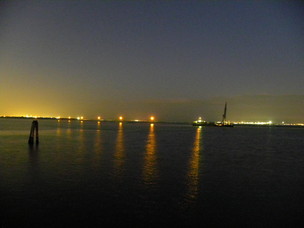