A new President for a new Authority. As a matter of fact, with the designation of the new President, Pino Musolino, the North Adriatic Sea Port Authority has born. This new Authority brings together the Venice and Chioggia port realities in single unified administrative system.

There are many challenges the new President will face, but the goals are clear.

During the Press Conference that followed the appointment acceptance, President Musolino has indicated the strategic issues he intends to pursue in the course of its mandate, starting by the awareness that citizens are the first shareholders of the Port as it is a public good that must respond to public interests both for present and, even more, for future generations.

It is therefore important to increase the Port of Venice’s capacity and dynamism; a port able to positively respond to the shipping needs, a port able to offer himself as an economic and employment alternative bringing out  Venice from the quicksands of the tourism monoculture, that is one of the causes of the depopulation and escaping, mainly of young people, from the city.

This should not happen again. And to do that we own one more tool. Together with the appointment of the new President, the Port Authority is also renewed to become the North Adriatic Sea Port Authority, a competent system for the Venice and Chioggia ports.

This is the real news that emerges today as the new authority, cleverly combined with the National Transport and Logistics Plan, can enhance the role of the Venetian port facilities for the national benefit and beyond. As a matter of fact, Venice is already a node of European relevance as it has been recognized by EU as "Core Node" of the TEN-T Trans-European Transport Network.

And to immediately galvanize the potential of this new authority, to better realize the potential of this port system, the activation of the "administrative machine” is needed. For this reason, the first act of the new president has been to write to Veneto Region, Metropolitan City and Maritime Authority in order to appoint the new Management Committee representatives.

Only an efficient “administrative machine” will be able to pursue the goal of the common good. And it will be based on three essential pillars to accept and overcome the challenges that will need to be faced in the near future: listen, meet and consult.

The listening of social, political and economic partners; ideas meetings, whether them are favorable or critical; consultation with the stakeholders of the port to bring out concrete and feasible proposals that can actually result in local and national level useful works. Because a single man on command does not win; because just a great work is not enough. Decisions, the useful ones, arrive to valley of participatory processes, they are not the result of "deus ex machina".

This is the only way to mend an inconceivable tear between the Venice City and its Port; two elements that over the centuries have built up a fruitful relationship whose physical outcome is the City itself: whitout its Port, the Doge’s Palace, the “fonteghi” and all the monuments that make this city a priceless treasure would not exist.

Only then there could be the enhancement of Porto Marghera, one of the largest european industrial sites where, in brownfield or unused areas (such as MonteSyndial, where the construction of a container terminal with a annual capacity of 1 million TEUs is planned), new logistics and port activities, new industries and new high added value productions by focusing on innovation and advanced technology will need to find place.

There are many things to do to achieve these two objectives. Starting from nautical accessibility which must be guaranteed. The multiporpouse essence of the Port of Venice requires a certain nautical accessibility, even in concurrence with the operativeness of the MoSE system; and, in this regard, it should not be forgiven the needed adaptation of the navigation lock and it should be done without losing further time.

But everything must be done being aware that the new North Adriatic Sea Port Authority operates within a well-defined unified national strategy, in the view of a renewed partnership with the Port of Trieste and the other Adriatic ports, in the perspective of giving substance to concerted and concrete works. Only then we will be able to provide useful local and national answers and solutions. 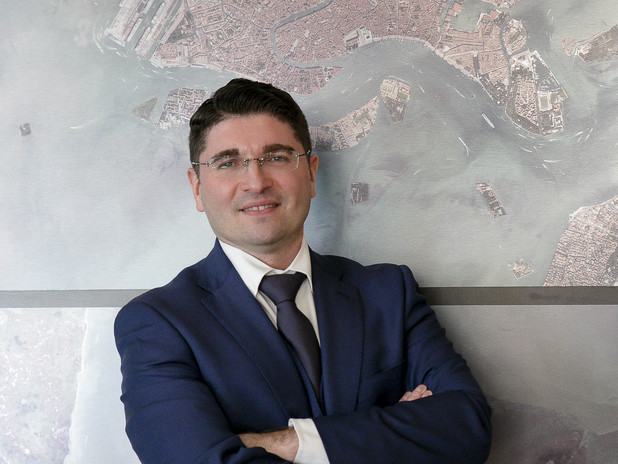