On 29th September 2014 at Sala San Leonardo in Venice the Contorta project was introduced to the citizens in partnership with the Municipality of Venice.
Monday
29
Sep
2014

It does not have significant effects on the hydraulic structure of the Lagoon, it contributes almost six million and a half non-polluting sediments to build the works of morphological recovery of the central Lagoon and, brand new, it offers the opportunity to revamp the nature and landscape of the lagoon through fish recolonization. These are the advantages of the excavation of canal Contorta-Sant' Angelo to move the larger cruise ships away from the Saint Mark Basin without putting at risk the trade excellence barely acquired by Venice in the last 10 years thanks to public and private investment. That's what the Venice Port Authority has explained when presenting the project before the public Assembly held on 29th October at sala San Leonardo, organized in partnership with the municipality of Venice, Murano and Burano.
The work has an approximate duration of 19 months, with an economic plan establishing costs equal to 42 million euros for excavation and recalibration, 71 million euros for morphological recovery and 33 million euros for underground services. 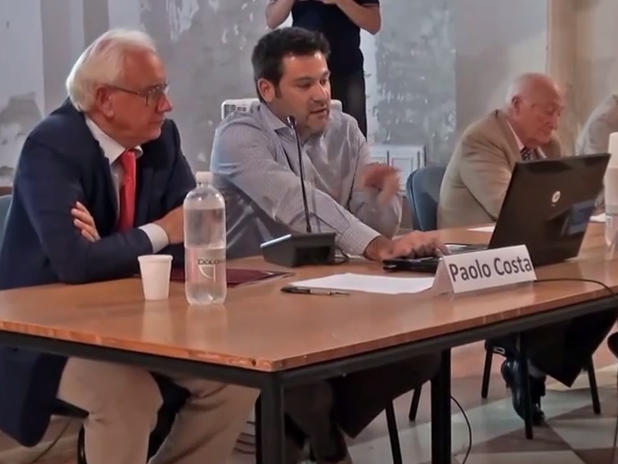