Thanks to the Venice Blue Flag, cruise companies employ a lower sulfur fuel level (less than 0,1%, much lower than what it's required by Eu and Italian regulations) during their permanence in the Marittima Terminal Cruise and also along port channels since entering the Port of Venice by the Lido inlet.

The Venice Blue Flag, renewed yearly since 2007, confirms Venice as a green port and allows a strong reduction of emissions.

For the 2017 Venice Blue Flag edition some novelties has been introduced: the Harbourmaster’s inspections results will be published on the web site.
Furthermore the cruise companies will communicate whether they are compliant or not with the “Venice Blue Flag”, based on the controls made, or else they will have to notify the Harbourmaster the use of different (but equally effective) measures as the scrubber filter. 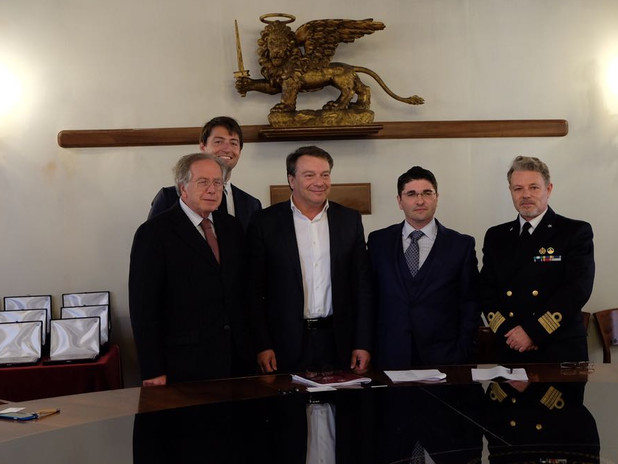 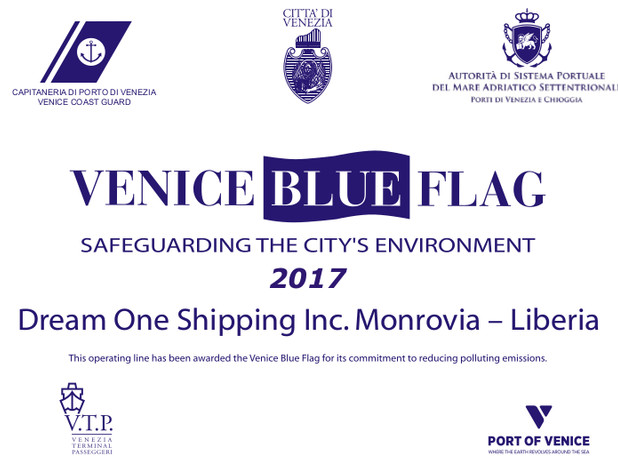