Once again the “VENICE OPEN PORT” project opens the doors to the primary schools of the Venice area with a special initiative for children.
The project includes the organization of various events during which participants – pupils of the primary schools of Venice and its mainland – have the opportunity to get in touch with the maritime spirit of their city, starting from the past of Marco Polo to get to the present and the new protagonists of the maritime city.

Today was the first day of the initiative, which involved the Zambelli school of Venice, whose pupils were received by two professional educators, ready to talk about the harmonious relationship between Venice and its port through media focused on the needs of children, who were involved in recreational-educational activities during the first part of the morning.

After a look at the fundamentals of the port facilities thanks to a classroom lab activity held in the Port System Authority area, the children were taken to the closest pier, made available by Venezia Passenger Terminal, to visit the vessels of the Harbour Office, Tugboats, Pilot’s boats and Mooring crew, all of them already part of the first edition of the initiative in 2016.

The partnership among the representatives of the main port functions working at sea - set up last year for the first edition of the project - also sets the objective to get together the port and its city, with special attention to children and schools that every year express a special interest in the port and maritime activities of Venice.

This first appointment is the continuation of the Open Port agenda, launched on Sunday 2 April with Su e Zo per i Ponti, that once again envisages numerous initiatives for citizens and students of all ages. In addition to primary schools, the Port System Authority holds a number of events for high schools, including full mornings of training activities on the port, its operation and its social-economic role, during which classroom lessons are followed by guided boat tours to the port infrastructures of Marittima, Marghera and Fusina.

During spring and fall, the port waterfront of Santa Marta and San Basilio is also the backdrop of many important running events, now typical for Venice and its citizens, including: Su e Zo per i Ponti, Venicemarathon, Venice Night Trail, Run 5:30.

To conclude, in fall new initiatives will be added to the agenda – the focus will be on citizens, and on special itineraries organized for the Hundredth Anniversary of Porto Marghera, established in 1917. 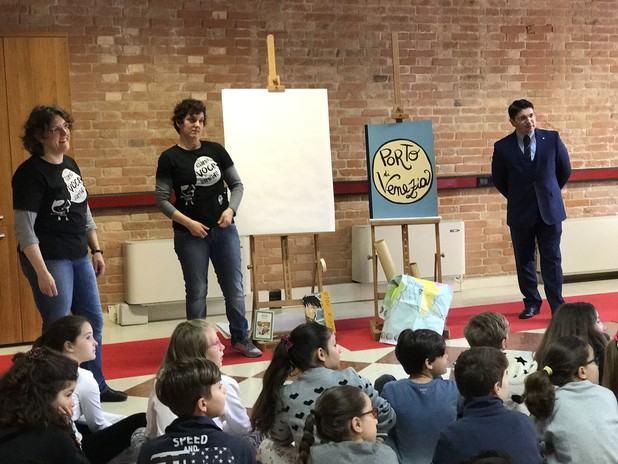 Pino Musolino meets the students visiting the Port of venice 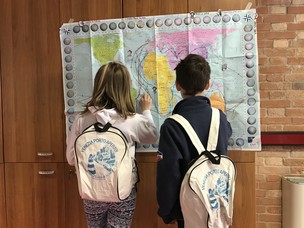 Students visiting the Port of Venice 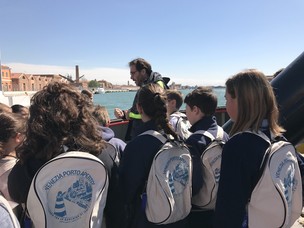 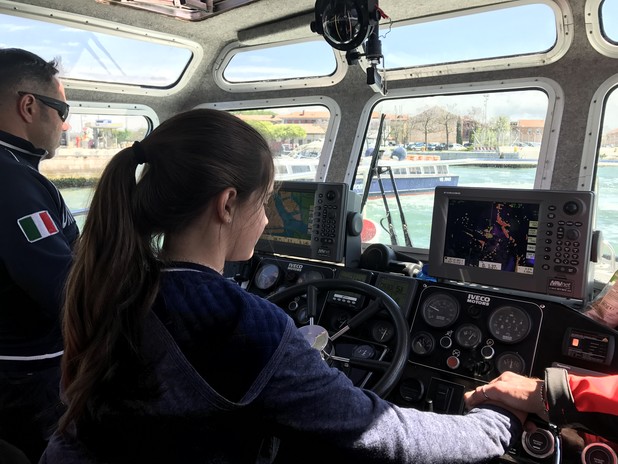