The presentation of the 2009 yearly report became a celebration when the Port Authority decided for the first time to officially open the new Port Year.

The event was an opportunity to present the results achieved by the Port in its different areas and highlight its aims for the future.

The President of the Port Authority, Paolo Costa, after describing the backdrop in which the Port operates with a general overview of the Italian economy and a description of Venice's naturally advantageous location, presented the five challenges that the port must win to keep its competitive edge:

The meeting was also an opportunity to launch the new logo of the Port of Venice, representing the link between the port and the city, its surroundings and its traditions, but also renewal and evolution.

Indeed, the port has decided to prepare for the much-awaited recovery of international transit in 2010 by designing a logo that will represent it on the international shipping market as a lead partner for cargo transport.

The new brand shows the port's freight and passenger traffic as individual but interconnected markets, pointing to the unity that so characterises the Venice Port Community. 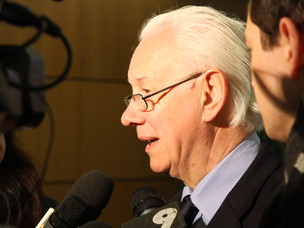 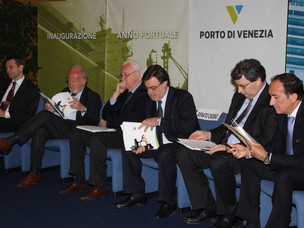 Inauguration of the new Port Year